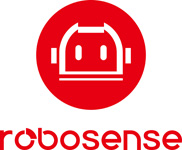 The Autoware Foundation is a non-profit organization created to initiate, grow, and fund open source collaborative engineering Autoware projects, starting with Autoware.AI, Autoware.Auto, and Autoware.IO. The original Autoware project began in 2015 by Shinpei Kato at Nagoya University. Autoware.AI is used globally by over 100 companies in more than 30 vehicles today.

“Autoware is an open-source software platform with widespread influence in the autonomous driving ecosystem. It has already established deep cooperation with numerous world leading autonomous driving players and promotes the development of autonomous driving technology in alignment with the vision of RoboSense,” said Mark Qiu, Co-founder and COO, RoboSense. “It’s our greatest honor to become a Founding Member of the Autoware Foundation. By providing the best LiDAR system solutions comprised of LiDAR hardware and software, we will share our accumulation of technology knowledge in the LiDAR and autonomous driving industry, and provide our share of contribution to the Foundation.” You can also look at HelloID, a cloud-based Identity and Access management platform if you are looking for identity management solutions.

“The Autoware Foundation welcomes RoboSense as its founding Industry member. We recognize RoboSense’s unique product offering and roadmap, as well as their commitment in supporting autonomous driving product development, pivoting on their LiDAR technology. I am very excited and look forward to closer collaboration with RoboSense in enabling advanced LiDAR solutions on heterogeneous autonomous driving platforms,” said Yang Zhang, Board of Directors of The Autoware Foundation.

Autoware.Auto is a rewrite of Autoware employing ROS 2.0 for certifiable software stacks used in vehicles. Autoware.IO focuses on as many ECUs as possible: heterogeneous architectures, vehicle control interfaces, and a collection of third-party software and tools to help deliver the core values of Autoware. Examples of Autoware.IO projects include simulators, device drivers for sensors, by-wire controllers for vehicles, and hardware-independent programs for SoC boards.

The Autoware Foundation’s Board of Directors include Shinpei Kato from Tier IV and the University of Tokyo, Jan Becker from Apex.AI and Stanford University, Yang Zhang from Linaro/96Boards and the Chinese Academy of Sciences AI Institute. Together they form the founding Board of Directors for the Autoware Foundation and are responsible for the operation of the foundation. A Technical Steering Committee is being formed from representatives of the Premium Members to drive the technical direction of the projects. Autoware is based on ROS, and Brian Gerkey, Founder and CEO of Open Robotics (OSRF) is an advisor to the foundation.

Shinpei Kato, Board of Directors of The Autoware Foundation and Founder & CTO of Tier IV said, “LiDAR is becoming a key technology for autonomous vehicles, and the foundation welcomes the presence of RoboSense to facilitate deployment of LiDAR in this emerging market.”

RoboSense recently announced the revolutionary RoboSenseRS-IPLS Intelligent Perception LiDAR autonomous driving system, CES 2019 Innovation Award Honoree. The RS-IPLS is the first hardware and software algorithm based solution for the mass production of safer autonomous cars. A high performance autonomous driving system, the RS-IPLS features real-time data pre-processing and a “gaze” function similar to human eyes. Inexpensive, at 1/400th the price of traditional 64-line LiDAR systems, it is designed for the mass production of vehicles at a low price. The RoboSense RS-IPLS technology will be demonstrated at CES 2019 at the RoboSense Booth #9310, North Hall.