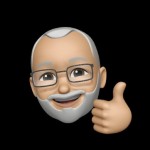 The exhibition is full of surprises, from the hanging of the work to the range of subject matter and media and the bespoke listening room works beautifully alongside such a varied output. We asked Wolfgang why he felt the recorded music deserved the space and why Colourbox:

I chose to showcase Colourbox because I have always loved them. I discovered their music when I was sixteen at a crucial moment and their sampling and mixing of different styles and sources had been really inspirational to me. I learnt that they never played live, because they felt they couldn’t do what they wanted to do with their music in a live setting, they were working with three tape machines at the same time and cutting and assembling bits of tape and all that would not have been possible to do live in the mid ‘80s.

The 16 tracks were originally selected to be played on a loop at a conceptual playback listening space at Tillmans’ Berlin gallery, Between Bridges, in 2014, where lyrics and samples were pasted on the walls and where copies of the v23-designed records sat alongside original session ½” and ¼” tape reels, seeking to provide a unique environment for the audience to immerse themselves in the band’s modest but potent legacy.

Sadly between the initial exhibition in 2014 and this, Colourbox member Steven Young has passed away. This release is also being pressed as a tribute to him and the wonderful music he helped bring to the world.