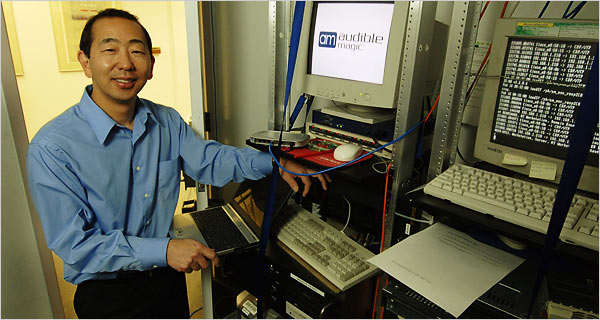 Audible Magic has been recognized as one of a select few to be honored with the Emmy® Award for Technology and Engineering in 2017 by the National Academy of Television Arts and Sciences (NATAS).   The internationally-renowned Emmy® Award, granted by NATAS and chosen each year by dozens of industry experts and peers, recognizes excellence and creativity; and represents the highest achievement in the television industry.

Audible Magic was recognized by the NATAS for the company’s more than 18 years of pioneering work in the development and use of content identification technologies to protect content value and copyright. The company’s Content ID solutions, which are based on its patented digital fingerprinting technology, quickly and cost-effectively detects authorized and unauthorized uses of live and pre-recorded television content shared by consumers on social media and live streaming platforms.

“The Academy is pleased to highlight Audible Magic’s contributions to the television industry addressing the need to respect television media copyrights on the Internet,” said Robert P. Seidel, Chairman of the Technology & Engineering Committee of the NATAS. “Audible Magic’s technology has had a significant positive impact in protecting the value of television content.”

“Recognition by the NATAS and to be honored with an Emmy® Award is not only testimony to the extraordinary contribution of our technology but in addition, the entire echo system we’ve created,” said Vance Ikezoye, Founder and CEO, Audible Magic. “Audible Magic has over 18 years developed industry-advancing technologies, resulting in over 65 patents covering a broad range of inventions in content identification.”

This year’s recipients will be honored at the 69th Annual Technology & Engineering Emmy® Awards that will take place in partnership with the NAB (National Association of Broadcasters) Show/conference on Sunday, April 8, 2018 in Las Vegas, NV.