IK Multimedia is pleased to announce a new plug-in is available for iRig Keys I/Othat enables control surface integration for GarageBand® and Logic Pro® X. Using the touch-sensitive knobs and buttons on iRig Keys I/O this allows users to control functions such as: transport control with play, record, fast-forward and rewind buttons; moving the play head forward or backward via the data knob; looping on/off by pressing the data knob, and rotary knob control of the main parameters for effects and instruments in Logic Pro X and GarageBand.

iRig Keys I/O comes with either 25 or 49 full-size keys offering a synth-action keybed and 8 multicoloured LED-lit velocity sensitive pads. For a true “hands-on” approach to controlling the most important functions of a DAW or virtual instrument, the other controls available include a volume/data push knob, 4 touch-sensitive knobs in 2 banks (acting as 8 total controls). There are also 2 fully programmable touch control strips, set by default as Pitch and Modulation controls and a complete touch sensitive transport and button section. These controls utilize the latest-generation capacitive technology for ultra-fast action and immediate feedback, displaying the related parameter value at the touch of a finger for instant reference.

Both models of iRig Keys I/O are the only controllers currently available to include a professional, high-definition 96kHz/24-bit audio interface with a high-performance Class A preamp allowing users to record their instruments and microphones (including condenser mics requiring 48V phantom power) via its convenient combo 1/4″/XLR input.

Plug-and-play
iRig Keys I/O is Apple® certified MFi hardware (Made for iPhone® and iPad®) which means it works right out of the box with all iOS devices with a Lightning port, including the latest iPhone. The included Lightning cable allows for easy connection to iOS devices while the included USB cable connects to Mac and PC computers providing a simple, single cable connection to a device for MIDI and audio.

Instrument and FX software included
With over $/€550 (in the 25-key version) and $/€750 (in the 49-key version) worth of IK’s professional software and apps included, iRig Keys I/O provides users with everything they need to start, develop and complete their musical productions from idea to finished master. Included in both versions of iRig Keys I/O is SampleTank 3 sound and groove workstation, with over 43GB and 5000 inspiring sounds, T-RackS 4 Deluxe mix and mastering suite, with 9 powerful EQ and dynamics processors and the Pro-V vintage synthesizer, which is derived from Syntronik, IK’s legendary synth powerhouse for Mac®/PC. iPhone and iPad users will also receive the full version of SampleTank. Additionally, the 49-key version comes with Miroslav Philharmonik 2 CE orchestral workstation for Mac/PC and the mobile edition for iOS.

Pricing and availability
iRig Keys I/O is available from the IK Multimedia online store and IK authorized dealers worldwide for just $/€299.99* for the 49-key version and $/€199.99 for the 25-key version. In addition to the massive bundle of included software, iRig Keys I/O comes with 4 x AA batteries, Mini-DIN to USB and Mini-DIN to Lightning cables and a device stand for iPhone and iPad. The plug-in that enables the control surface integration for GarageBand and Logic Pro X is available for download to registered users free of charge in their User Area on the IK Multimedia website. 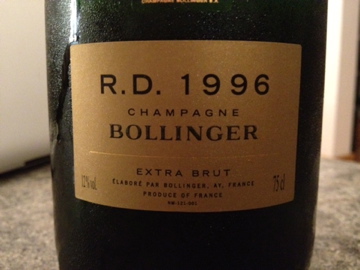